Austrian village 33 kilometres north of Salzburg. Despite having a population of only 104, the village has become famous for its name in the English-speaking world. Its road signs are a popular visitor attraction, and were often stolen by souvenir-hunting tourists until 2005, when they were modified to be theft-resistant [!].

The spelling of the name has evolved over the years; it is first recorded in historical sources with the spelling as Vucchingen in 1070, Fukching in 1303, Fugkhing in 1532, and in the modern spelling Fucking in the 18th century, which is pronounced with the vowel oo as in book.

British and American soldiers based in nearby Salzburg noticed the name after World War II, and began to travel to the village to have their photos taken beside the signs while striking various poses. The local residents, the Fuckingers, were considerably bemused as they had not previously been aware of the meaning of their village's name in English.

The village is especially popular with British tourists; as a local tour guide explained: "The Germans all want to see Mozart's house in Salzburg; the Americans want to see where The Sound of Music was filmed; the Japanese want Hitler's birthplace. But for the British, it's all about Fucking."

Augustina Lindlbauer, the manager of an area guesthouse, noted that the area had lakes, forests and vistas worth visiting, but there was an "obsession with Fucking". Lindlbauer recalled how she had to explain to a British female tourist "that there were no Fucking postcards."

The road signs were commonly stolen as souvenirs, – the only crime which has been reported in the village. It cost 300 Euros to replace each stolen sign, and the costs were reflected in the taxes that local residents pay. In 2004, owing mainly to the stolen signs, a vote was held on changing the village's name, but the residents voted against doing so. Tarsdorf municipality's mayor Siegfried Höppl stated that it was decided to keep the name as it had existed for 800 yearsand further stated that "(e)veryone here knows what it means in English, but for us Fucking is Fucking — and it's going to stay Fucking." 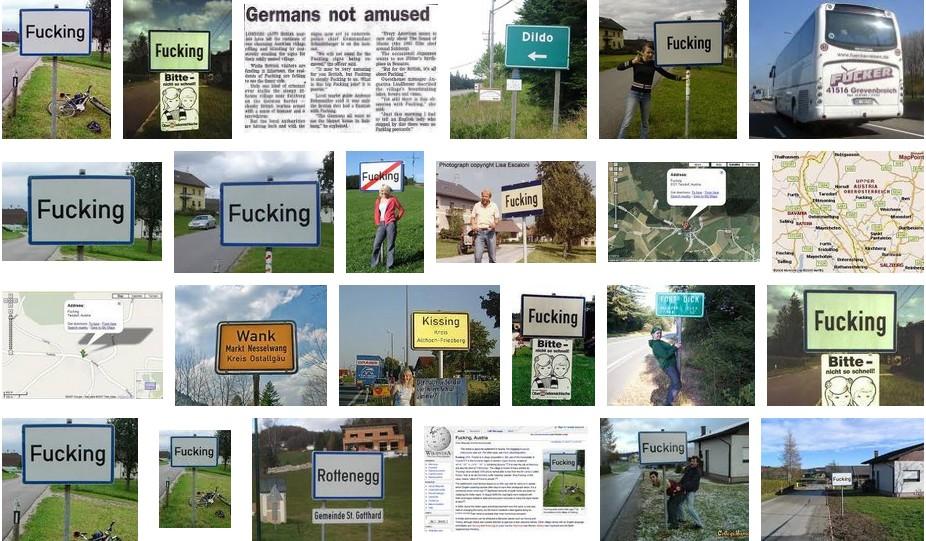